CUT THE LIGHTS IS AN IN-PROGRESS INTERACTIVE FICTION GAME.

The door to the dressing room swings shut, the quiet snick of a lock sliding into place. Five minutes until the shoot starts, yet you’re still rooted in place, watching as the script sitting on the counter flutters open. A reminder that for you, the breeze is never just the breeze. Just like how you feel an overlapping exhale, another presence that matches you breath for breath, you're never alone.

A rhythmic tapping to the left. The carpet muffles the sound of footsteps you know would be echoing otherwise. You’re awake, yet you feel anything but, living nightmare settling over you like a pall.

“Stop,” you whisper, but the dead never listen, do they?

The cold seeps you into you like being submerged underwater. Stop. It punches through the cavern of your chest, holding you witness to the moment. Cigarette smoke lies thick on your tongue, cherry chapstick and the acidic tang of alcohol bitter on your lips. The last moments, the sheer desperation of someone trying to hold on a moment longer, fighting against a slowing heartbeat. You echo the sentiment: I am alive I am alive I am alive—

“They’re ready for you on set!”

Once a promising young actor, you fell from grace in a fiery blaze that left your name lying in the mud, and your reputation in tatters.

You'd love nothing more than to fade into the background, but the death of your reclusive mentor, a former Hollywood starlet and famed author, thrusts you back into the limelight. A tangled web of secrets and corruption is hiding behind a veil of glitz and glamour, and you're caught in the center of it.

Someone's ghost is begging you to bring them to justice. The public wants to tear you apart. Everyone is lying to you. The walls you built up to protect yourself are starting to fall, and at the end of the day you're not even sure if you can trust yourself.

CUT THE LIGHTS is rated 17+ for themes such as violence, strong language, substance use, and sexual content.

ANDREAS PASHALIDIS | HE/HIM, 32: Fulfilling both the position manager and (supposedly) bereaved stepson of your late mentor Julia Love, Andreas is the definition of hard-to-read.

Charming, charismatic, and witty, the fact that his coffee is always perfectly brewed is the least suspicious thing about him. Andreas knows far more than he's letting on, and you're starting to realize he's willing to go to any lengths to keep his secrets hidden.

HÉLÈNE VINCENT | SHE/HER, 25: Best known for her portrayal of the main character Arabella on the titular series Contact, Hélène was your media-appointed rival when the two of you were emerging as the next generation of child stars.

Acerbic and irascible, she'd love nothing more than to see your head delivered on a silver platter. You're not sure where it all went wrong. The both of you used to be Julia's protégés.

SENALI/SHIHAN PRIYASAD | SELECTABLE, 29: Former model and current lead singer of the band The Euphorics, they're practically your polar opposite. Loved nearly universally, S is award-winning, creative, and extremely good at anything they set their mind to.

Confident, and ambitious, they're drawn to you for unknown reasons. The glint in their eyes tells you that their offer of friendship might not entirely be out of altruism though.

the pronouns are a bit much but i enjoyed it

I appreciated the pronouns. Very helpful for people who use neopronouns.

I don't understand what that means

neopronouns are pronouns that aren't typically used - essentially any pronoun outside of he/him, she/her, and they/them. a lot of people use them, for reasons varying from queerness to 'their native language uses 'it' as the usual pronoun' to just liking the way it sounds.

having several options presented as selectable buttons rather than just having he/him, she/her, and then 'fill in your own' is also a signifier that the creator respects these pronouns without treating them like an afterthought. this is the first game i've seen with more pronouns than the usual, and it made me happy that people who use different pronouns who play this game will be able to have themselves be referred to the way they want to be referred to rather than fit themselves into a box that doesn't quite fit.

essentially, you personally not needing an option doesn't make those options unnecessary or disruptive, in the same way that you personally may not need curb ramps to get on and off the sidewalk but other people do.

Reply
At the door250 days ago

Hey, this seems to be really good and interesting so far! I really wanna see how it keeps going!

really good so far! the ui looks great and i cant wait for more :D

This is really good! I'm excited to keep up with the updates!!

thank you so much! i have a lot of fun things planned for the future.

this is so aesthetic??? incredible story, i cant wait to see how it develops!! good luck!!

thank you so much! best of luck on your wip too! 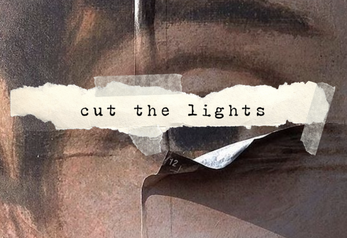